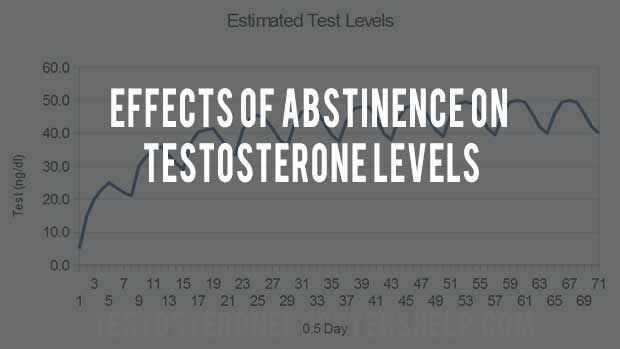 Sex is an important aspect of human life. The sexual urge can be very strong and at times irresistible. Sex is equally important for its role in maintaining both physiological health as well as physical health. However, the number of times one engages in sex is solely dependent on one’s needs and motivation.

Different motivations drive people into having sex. However, others refrain from sex. Sexual abstinence is the act of refraining from sex either voluntarily or involuntarily. The act of abstaining may be of great help in a big way. For example, it prevents one from contracting sexually transmitted diseases, prevents unplanned babies among many others. On the other hand, abstinence poses some risk to men. Some of these risks include:

For men this may not be the best news to hear, proper erection is what every man looks for to get pleasure as well as to satisfy his partner through sex. However, when one abstains for long periods of time, erectile dysfunction may arise. The American Journal of Medicine conducted research on men aged between 50-70 years old for a period of five years. They found men who had sex less than once a week were highly susceptible to erectile dysfunction. The research demonstrates that having sex more often preserves potency in a similar way that physical exercise keeps one fit. The researchers argue that when the penis is flaccid for long, it means a low amount of oxygen and nutrients rich blood gets into it. This means less muscle development and cell repair. This causes the penile muscles to become weak. The disorder may never be eliminated more so by the old men.

Research indicates that when one stays for long without having sex, the sex urge is reduced. When one is involved in sex, the levels of endorphins which are responsible for the good feeling are increased. These hormones also improve the sex urge. When you stay longer without sex, their levels reduce, therefore reducing the sex drive.

Research demonstrates that when one stays for long periods without sex, premature ejaculation occurs mostly in the form of nocturnal emission. Premature ejaculation is linked to causing anxiety and depression. This negatively affects the quality of life, or even worse, it can lead to poor sex life.

Excess weight is always a bother to many men as mostly it causes a big belly. This, on many occasions, lowers one’s self-esteem and may lead to medical complications of the heart and other vital organs. Men do all kinds of physical exercise to cut their body weight. Sex in itself is an exercise and an intensive one to be particular. Research puts that a good sex session burns 200 calories, which would take one 15 minutes on the treadmill to burn the same amount. The pulse rate shoots from 70 to 150 beats per minute which equate to that of an athlete. During intercourse muscles around the neck, thorax, thighs, pelvis, and arms work concurrently. Sex enhances testosterone levels which lead to strong bones and lean muscles.

Want a great product to boost your testosterone levels? Then try Testogen. Buy it from the link below

A strong body immune system is what everyone fights for as it helps one eliminate body ailments. Research by Wilkes University found out that having sex once or twice a week increases the immunoglobulin A antibodies significantly by 30%.  These antibodies increase the immune system and mostly prevent colds and the flu. After orgasm, oxytocin hormones shoot up 5 times their normal count in the body. This triggers more endorphins which eliminate any kind of pain in the body.

As much as abstinence is helpful, it may lead to some physiological conditions which are not pleasant to men. When the abstinence is involuntary.

Research on the effect of sex on memory was conducted on rats. The researchers found that rats that were limited to having sex only once and the rats which were allowed to have sex unconditionally had a huge difference. More neurons in the hippocampus, the part of the brain responsible for memory, of the rats which had sex a lot more times was noticed. The same effect is experienced by humans. Abstinence makes the number of neurons responsible for memory to decrease significantly.

A 2005 research publishes in the Study in Biological Psychology found that sex not only gives one a good feeling but also lowers the stress levels. The research further demonstrates that those who had abstained for long periods had higher blood pressure to respond to stress than those who had sex regularly.

May lead to prostate cancer

A divide of urologist’s links ejaculation and prostate cancer to semen production. The prostrate absorb minerals such as zinc, citric acid, and potassium and increases their concentration to 600 times. This implies that any carcinogenic element present in the blood is also concentrated.  This easily causes cancer. Ejaculation may help flush out the carcinogens which would reduce the risk of prostate cancer.

Reasons for Sexual Abstinence and Ways Out

People abstain from sex as a result of different motivations, some of the many motivations are:

Sex desire controls one’s sexual behaviors. When one’s sex drive is low it goes without saying that the urge to have sex is reduced significantly. Mostly, low libido is caused by a health condition or a hormonal imbalance. It is therefore important to seek doctors’ advice, though most people feel shy to talk about low libido to doctors.

When the butcher’s knife is blunt, the slaughtering process becomes boring. This applies equally to men when their penile muscles do not function as required. Their sex life becomes boring, and abstinence is inevitable. Erectile dysfunction is a condition that affects many men specifically in the current century as a result of the lifestyle. However, there are drugs that have been made to correct that disorder.

Sex is the major causative agent of the HIV virus. The thoughts of one contracting the HIV virus puts off any sexual desires. Bearing in mind, the disease has no cure, and the detrimental effects it causes make one abstain. Sexually transmitted diseases also put off sexual urges. Getting one partner increases one’s trust. It, therefore, eliminates any fears of contracting diseases as each partner is mindful of one other.

Sex is mostly driven by feelings. When there is a misunderstanding among couples, rage, disappointments, and depression are common. In situations such as these, the urge for sex is miles away, and abstinence is inevitable. In instances of quarreling it’s important to find an amicable solution and build trust between the partners.

Want a great product to boost your testosterone levels? Then try Testogen. Buy it from the link below

In as much as sex involves the physical connection. When one indulges in sex, emotional bonds are created. When the relationship breaks, it may lead to emotional pains such as, feeling guilty, low self-esteem, anger, jealousy, suicidal thoughts, depression among other emotional tortures. This can be avoided by choosing a partner in a conclusive manner. A partner who can hardly cause emotional pains.

Many people think sex leads to a loss of concentration in important roles like studying and working. However, this is not the case. Sex enhances one’s performance in work and school. However, if it’s done in excess, it may affect the results. Drawing boundaries in a relationship will make one come out of abstinence and increase their productivity.

Though one may experience many advantages from abstaining, a bitter side of the same is that it results in a torn self-esteem. Low self-esteem leads to vulnerability to drugs and substance abuse. This affects your productivity in the workplace, causes stress, depression, and may lead to death. It is therefore important for one to consider the side effects one may get before abstaining.

Any cookies that may not be particularly necessary for the website to function and is used specifically to collect user personal data via analytics, ads, other embedded contents are termed as non-necessary cookies. It is mandatory to procure user consent prior to running these cookies on your website.